The past week has been wildly busy and right now my poor house looks like a herd of elephants ran through it. It will probably take me two days to get it back in order. Unfortunately, there has been little thrifty-ness this week. First thing that happened was that I sat in poor DH's recliner and it broke, never to be fixed. So I broke down and did something I've never done before. I bought a new sofa. I'm so excited because it's the first new couch I've ever owned. Now DH's recliner problem is solved and since it's got a recliner on both ends I have a place to prop my feet up also. 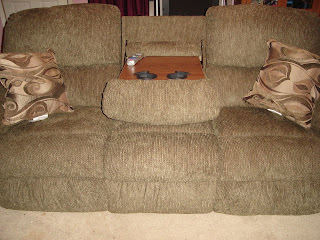 I did, however, make one trip to Goodwill this week but since it was Good Friday the place was a madhouse and the only thing I found is this. DH says "Oh, it would make a good candy dish." He knows me well. 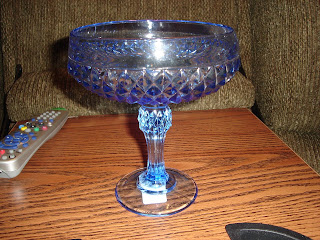 From my family to yours I'm wishing you all a Happy Easter!! 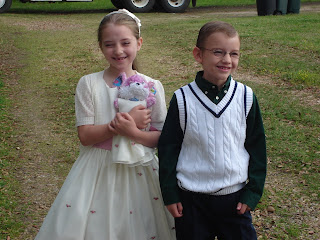 Howdy
Happy Easter to you and yours .
Wow what a fabulous find .
I can't believe you found a great treasure at good will on a holiday .
Way to go :)
Your blog is amazing .
Thank you so much for dropping by mine so I could discover yours :)
Take care now .
Until next time
Happy Trails

I love the color on your new dish.
Toni

Thanks for stopping by and saying hello. It looks like you have lots of great tips for thifty fun so I'll be checking them out! I hope your Easter was wonderful.

Thanks for stopping by. Happy Easter the kids look so cute. Love the candy dish what a great color.

Together We Save said...

Love that candy dish... Hope your family had a wonderful Easter.

That sofa looks super comfy! Love the candy dish too. :)

Hello, hope you had a great Easter. Thanks for stopping by. Have a great week, Theresa

The candy dish is adorable, I love the color. Cute little munshkins too:)

The candy dish is adorable, I love the color. Cute little munshkins too:)

I want something like that for hubs and I to watch television together too...right now he sits in the recliner and I sit on the couch. :(

Ooo, I love your new sofa/recliner! I keep saying I'm gonna get one for my DH. One of these days ;) Your candy dish is so pretty, too. And your children look so precious in Easter finery.
Happy Belated Easter!

ThriftyAnnabella
I'm a 34 year old stay at home mom with two babies. Well I guess they'll always be my babies. My sweet hubby and I are into going out on weekends to flea markets and garage sales. This is something I picked up from my aunt years ago who has some of the prettiest collections I've ever seen. I can be reached at annabellainla@gmail.com 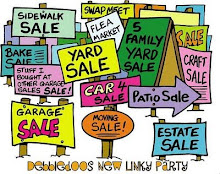 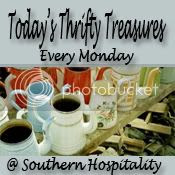 If you have a website that you would like to see on our Friends list please e-mail me and if approved we will add you shortly. Thanks for visiting ThriftyAnnabella.

Myspace Scripture Of The Day @ OurSpace.biz